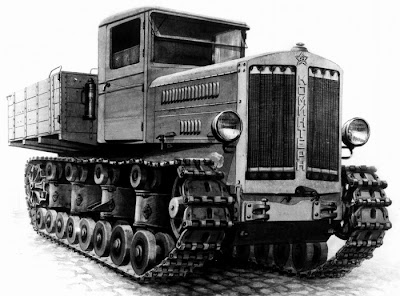 Soviet 130 h.p. Comintern was developed especially for the Red Army. It borrowed quite a lot of parts from the T-24 tank. Production started in 1935. More than 1700 built, none preserved.
Posted by Lord K at 10:51 PM 1 comment: 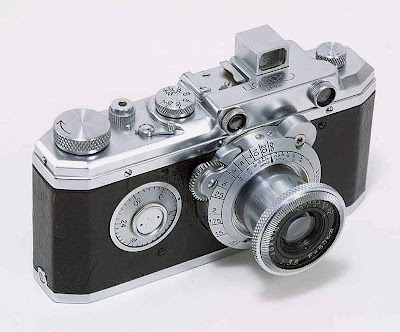 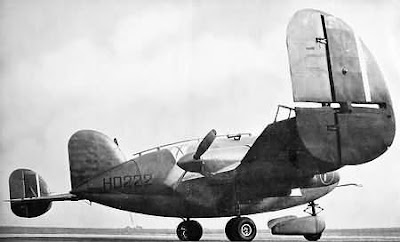 Handley Page HP.75 Manx
An experimental aircraft designed by Handley Page that flew test flights in the 1940s. It was notable for its unconventional design characteristics, being a twin-engine tailless design of pusher configuration.
Another unorthodox aspect incorporated into the aircraft was that the main undercarriage was retractable, while the nose gear remained fixed

Switzerland, 1940s
by orangevolvobusdriver4u @ Flickr
Posted by Lord K at 2:09 PM No comments: 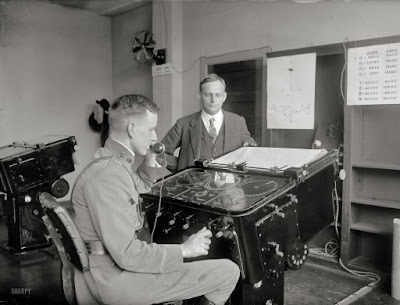 via Shorpy
Posted by Lord K at 2:54 PM No comments: 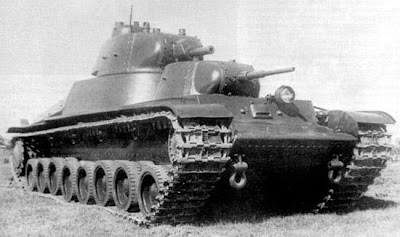 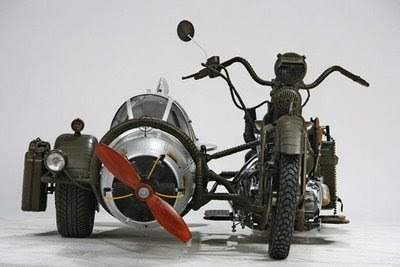 Italian tractor with M15-42 tank on trailer
From Afrikakorps
Posted by Lord K at 10:03 AM No comments:

Two Type 10 express locomotives were built in Germany in 1957. 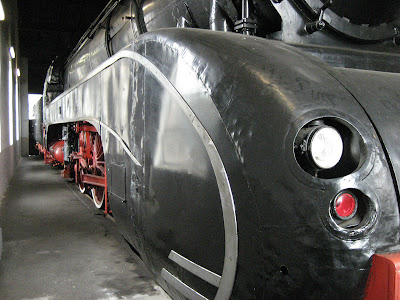 Nicknamed 'Black Swans', they were two heavy for most of the routes.
Their lifespan was short - only 11 years. 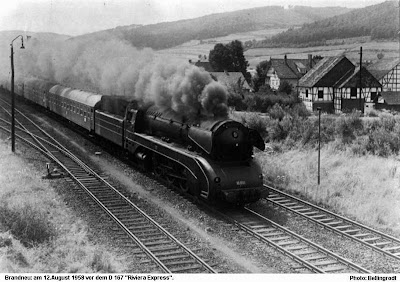 One of them is preserved in a museum near Kulmbach, Bavaria, the other was scrapped in 1972. 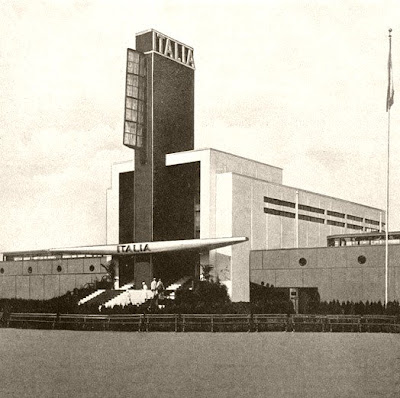 Italian Pavilion at the Century of Progress Exhibition,
Chicago
1934
'Proudly representing a country which has contributed so much to the progress of aviation', it is built in the shape of a giant airplane - a kind of homage to the trans-atlantic flight of 24 Italian airplanes under command of Gen. Italo Balbo
Posted by Lord K at 2:34 PM No comments: 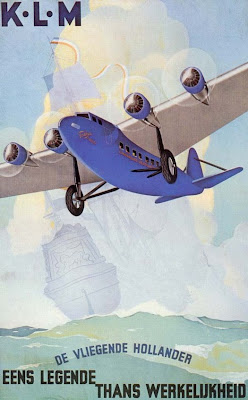 KLM Poster with a picture of Fokker F.XXXVI airliner
1935
The plane was an interesting compromise between old and new - streamlined monocoque construction and unpressurized fuselage, wooden wings and non-folding landing gear.
Only one was built.
Read more about it (Dieselpunks.org)
Posted by Lord K at 10:46 AM No comments: 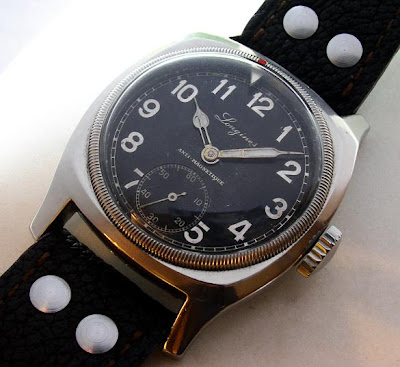 Longines watch
made by the order of Czechoslovak Air Force
1937
Posted by Lord K at 11:53 PM No comments: 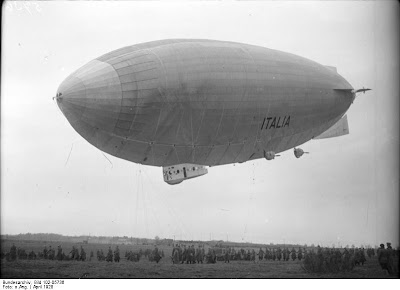 Built as a private venture, this 105 m-long semi-rigid airship reached the North Pole at 12:24 am on May 24, 1928 under command of Gen. Umberto Nobile.
Crashed on the next day about 120 km (75 mi) northeast of Nordaustlandet, Svalbard.

Read more about it (Wiki, EN)
Photo © Bundesarchiv
Posted by Lord K at 8:10 AM No comments: 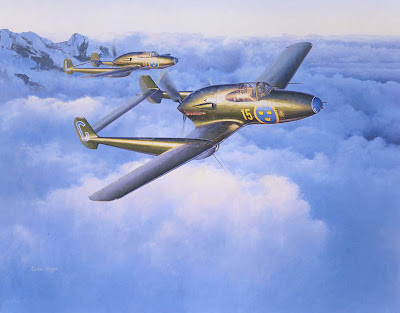 Aerodynamic body designed by Paul Jaray
on Ley T6 chassis
1922
Posted by Lord K at 10:00 AM No comments: 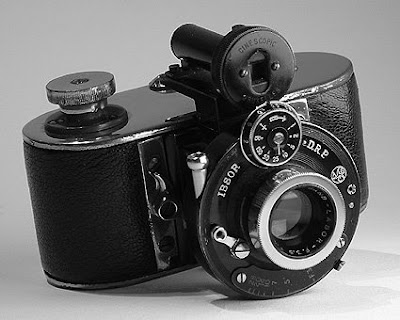 Introduced in 1934, these AEC-powered railcars were nicknamed 'Flying Bananas'.
Read about them (Wiki, EN) 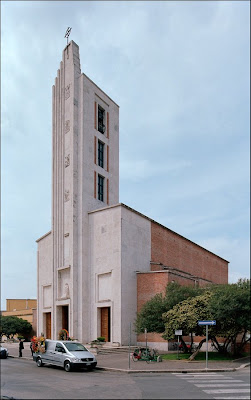 by Xavier de Jauréguiberry @ Flickr
Posted by Lord K at 2:56 AM No comments: 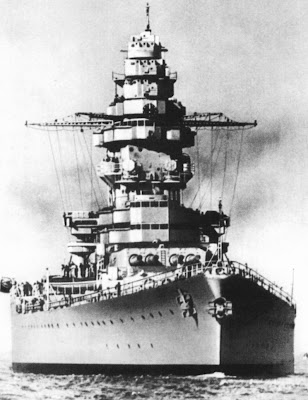 Battleship Strasbourg
Laid down: 1934 Commissioned: 1939
8 x 330mm main guns in quadruple turrets
283mm armour belt
Faster than full battleships, but not as heavily armed or armoured as them, Strasbourg and Dunkerque were designed to counter the threat of the German "pocket battleships".
During the Phoney War she was used, along with her sister-ship Dunkerque, to escort convoys. After the fall of France, she was docked in Mers-El-Kebir, along with Dunkerque. The ships became one of the main objectives of the British attack on the French Fleet at Mers-el-Kebir on 3 July 1940. While the Dunkerque was heavily damaged, the Strasbourg managed to escape to Toulon. She became the flagship of the Navy of Vichy France.
She was scuttled in Toulon on 27 November 1942, refloated 17 July 1943 by the Italian Navy, but the Italian capitulation in September halted these activities and the ship was taken over by the Germans. On 1 April 1944 they handed her back to the Vichy Navy, but she was sunk by US bombers on 18 Aug 1944. After the liberation of Toulon she was raised for the second time on 1 October 1944, and used as a testbed for underwater explosions until condemned and renamed Q45 on 22 March 1955, to be sold for scrapping on 27 May that year.
Posted by Lord K at 9:52 AM No comments: 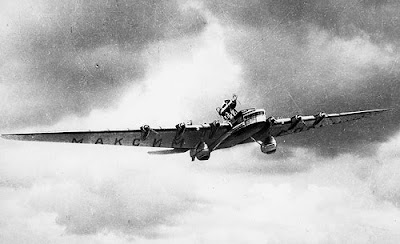 Tupolev ANT-20 Maxim Gorky
8 engines, 63-meter wingspan
Intended for propaganda purposes, it was equipped with a powerful radio set called "Voice from the sky", printing machinery, radiostations, photolab, film projector with sound for showing movies in flight, library etc.
Crashed during a demonstration flight in Moscow on May 18, 1935.
45 were killed in the crash.
Read all about it (Wiki, EN)
Posted by Lord K at 10:02 PM No comments:

By Mark Rutter @ Flickr
Posted by Lord K at 1:37 PM No comments: 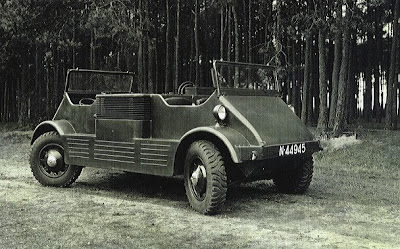 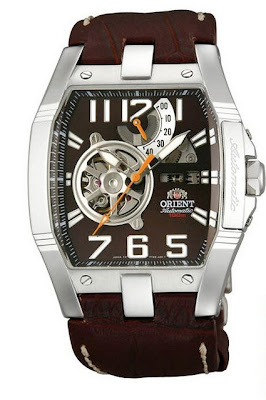