The Lockheed 8 Sirius was a single-engine monoplane designed and built by Jack Northrop and Gerard Vultee while they were engineers at Lockheed in 1929, at the request of Charles Lindbergh.

The first and best known Sirius was bought by Lindbergh, and in 1931 was retrofitted to be a sea plane. He and his wife, Anne, would fly it to the Far East, and she would write a book about their experiences there entitled North to the Orient. The aircraft was damaged in Hankou, China when it accidentally capsized while being lowered off the HMS Hermes, and had to be sent back to Lockheed to be repaired.

In 1933, the Lindberghs set out again with the plane, now upgraded with a more powerful engine, a new directional gyro, and an artificial horizon. This time their route would take them across the northern Atlantic, with no particular destination, but primarily to scout for potential new airline routes. While at a refueling stop in Angmagssalik, Greenland, the Inuit of the area gave the plane a nickname, "Tingmissartoq" or "one who flies like a bird". They continued on their flight and travelled to many stops in Europe, Russia, then south to Africa, back across the southern Atlantic to Brazil and appeared back over the skies of New York City at the end of 1933, after 30,000 miles and 21 countries, where droves of people turned out to greet them as they landed.

Via der_fluger @ Dieselpunks LJ Community
Posted by Lord K at 10:56 AM No comments: Capitani Romani was a class of light cruisers of the Italian navy. They were essentially designed to out-run and out-gun the large new French contre-torpilleurs (heavy destroyers / flotilla leaders) of the Fantasque and Mogador classes. Twelve hulls were ordered in late 1939, but only four were completed. The ships were named after prominent Ancient Romans. 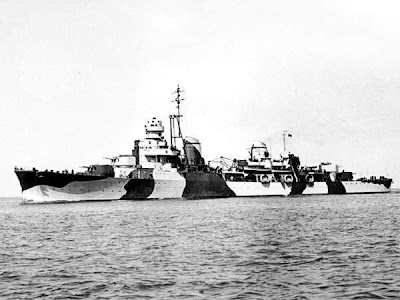 The Capitani Romani were originally classed as Esploratori Oceanici ("ocean scouts"), although some authors consider them to have been heavy destroyers. 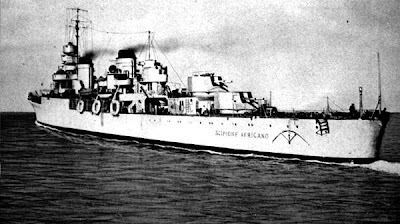 The design was fundamentally a light, almost unarmoured hull with a large power plant and cruiser style armament. The original design was modified to sustain the prime requirements of speed and firepower. Given their machinery development of 93,210 kW, equivalent to that of the 17,000 ton cruisers of the Des Moines class, the target speed was over 40 knots (74 km/h), but the ships were left virtually unarmoured. As a result, the three completed warships achieved 43 knots (80 km/h) during trials. The Capitani Romani shipped a main battery of 135 mm with a rate of fire of six rounds per minute and a range of 19,500 m. They also carried eight 533 mm torpedo tubes. The wartime load dropped the operational speed to 36 knots (67 km/h). 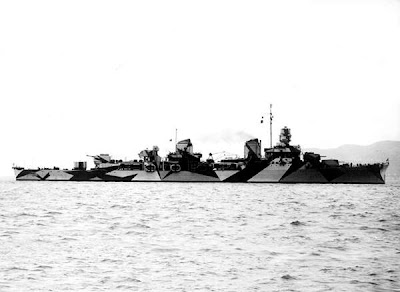 Four of the ships were scrapped before launch. Five were captured by the Germans in September 1943, still under construction. All five were sunk in harbour, one was raised and completed. Three were completed before the Italian armistice. 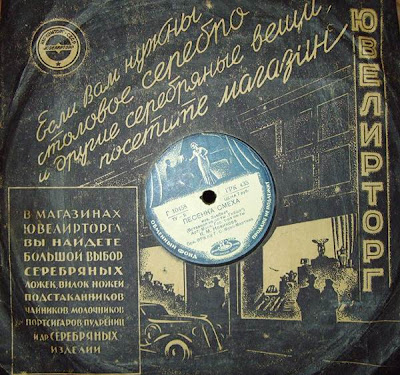 Actually it's a record cover advertising jewelry and silverware
c. 1940

From megan_swing collection
Posted by Lord K at 7:04 PM No comments: 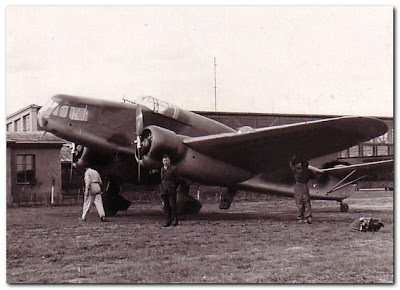 The Letov Š-50 was a 1930s prototype Czechoslovak military general purpose aircraft designed and built by Letov.
The Š-50 was a an all-metal twin-engined low mid-wing monoplane that first flew in 1938. Powered by two 420hp (313kW) Avia Rk-17 radial engines. It had a fixed landing gear and twin fins and rudders. Following the German occupation development was stopped, but the plane was already obsolete: two other entries for the 1938 contest were much more advanced.
Posted by Lord K at 2:09 AM No comments: 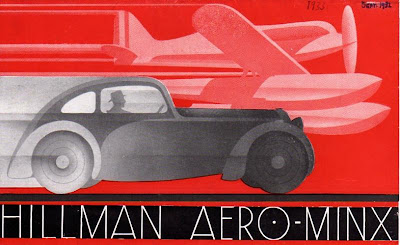 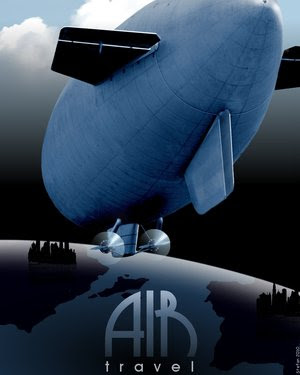 by stefanparis @ Deviantart
Posted by Lord K at 11:27 PM No comments: 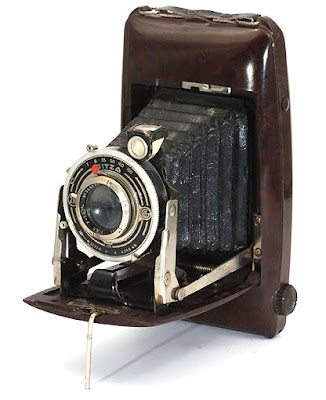 In 1929 a competition was held between five architects to determine the designer of a prestigious new office block to house the headquarters of the mineral oil company, and Shell subsidiary, Rhenania-Ossag. The victor was the German architect and professor Emil Fahrenkamp (1885-1966).
After almost two years in construction, Shell-Haus opened in 1932. At the time the building was noted for its modernist design, for its striking wave-like façade, and for being one of the first steel-framed high-rise buildings in Berlin. In retrospect it is regarded as Fahrenkamp’s masterpiece and one of the most significant office block designs of the Weimar Republic.
Shell-Haus’ simplistic graceful forms are stylistically reminiscent of the German modern realist movement New Objectivity, but Fahrenkamp also incorporated more traditional aspects to his design. 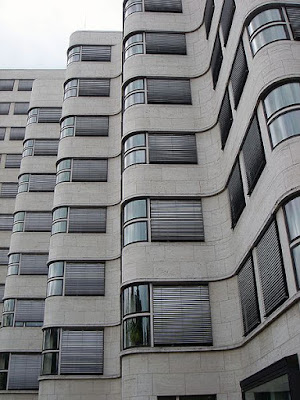 The most eye-catching feature of Shell-Haus is its main façade, which jumps forward in six gentle waves whilst at the same time increasing in height from six levels (five at the back) to ten. The building itself comprises four wings situated around a four-sided inner courtyard.

The One and Only

HMS Gotland was a seaplane cruiser of the Swedish Navy built by Götaverken. 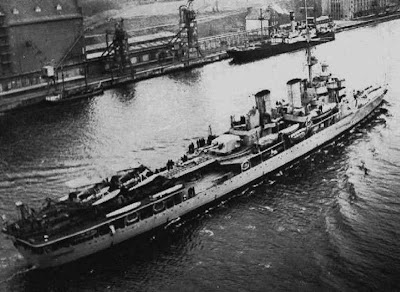 The design of the ship started out in December 1926 as a seaplane carrier with room for twelve aircraft. When presented with the design Sweden's Naval Construction Board decided that they wanted the ship to have cruiser and minelaying functions as well as operating as a seaplane carrier. The resulting 5000 ton design presented in January 1927 proved impossible to build within the available budget of Sk16.5 million. The design was then reduced in size requiring one of the forward turrets be removed. The 'extra' guns were then placed in casements either side of the superstructure.

Her aircraft wing consisted of six Hawker Osprey seaplanes. She had capacity for eight and attempts were made to purchase two more, unsuccessfully since they weren't manufactured anymore. The planes were found vulnerable to wave damage during rough weather often forcing the ship to return to port. 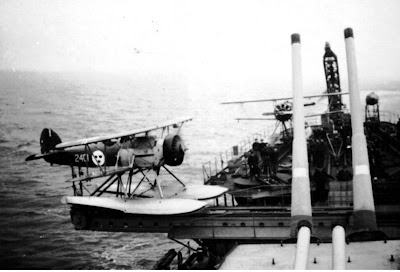 During World War II Gotland sighted the German battleship Bismarck when she broke out of the Baltic Sea. That was reported to Swedish Navy headquarters but the message was intercepted by the British embassy which triggered the allied chase, and sinking, of the great battleship.
HMS Gotland was converted in 1944 to an anti-aircraft cruiser due to a lack of modern seaplanes. This involved the removal of the seaplanes and the addition of four 40 mm Bofors guns and two 20mm L/70 guns. The Ospreys continued in service at harbor bases with the last being decommissioned on 2 December 1947.
After World War II she served as a training ship. Starting 1953 and finishing in 1954 she was modified to allow her to serve as fighter direction ship in the event of war as well as a trainer in peacetime. She was decommissioned in 1956, stricken in 1960, sold in 1962 and finally scrapped in 1963. 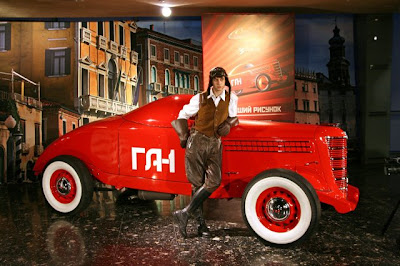 GL-1 Replica
Designed by Evgeny Agitov, this streamlined car was built in 1938 on the GAZ M1 platform. In 1940 it reached the 100mph barrier, speeding up to 161.87 kmh.
The replica, built at Alexander Bushuyev's workshop, was presented to the public in February 2010. It took more than three years to recreate the Red Racer. 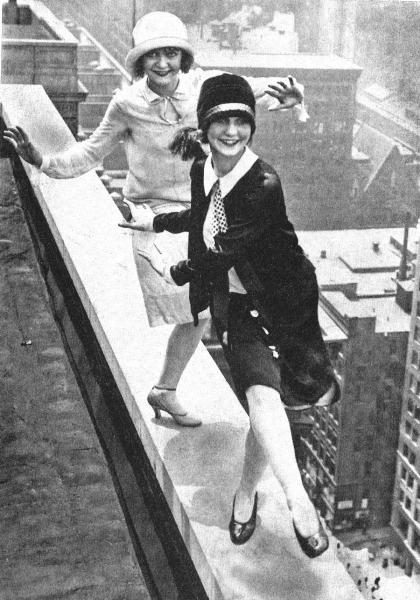 via kashey_lp @ Dieselpunk LJ community
Posted by Lord K at 12:21 AM 1 comment:

Car exterior
Posted by Lord K at 2:55 PM No comments: 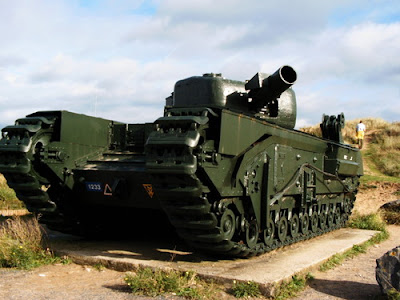 A Churchill III or IV
equipped with the Petard, a 290 mm Spigot mortar,
throwing the 40 lb (18 kg) "Flying dustbin" with its 28 pound high explosive warhead; a weapon designed for the quick levelling of fortifications developed by MD1. The AVRE was designed after the Canadian defeat at Dieppe, and could also be equipped with numerous other attachments, such as mine flails, fascine rollers, explosive placers etc. 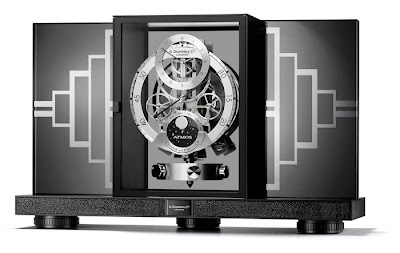 Jaeger-LeCoultre's Atmos Regulator for Dunhill is a design inspired by Dunhill's lighters and cigarette cases from the 1930's. The 242 piece caliber 582 movement is powered simply by small changes in temperature in which a change of one degree will give the clock enough juice to keep ticking for 48 hours.
Source
Posted by Lord K at 3:31 PM No comments: 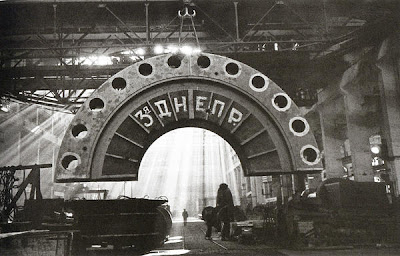 At the Leningrad Metal Works
1930s
Photographer: Ivan Shagin
Posted by Lord K at 10:32 AM No comments: 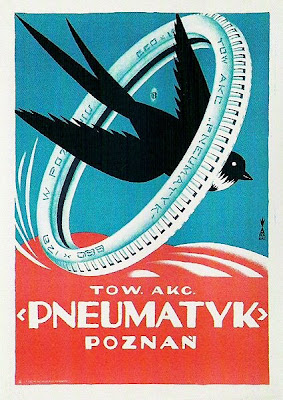 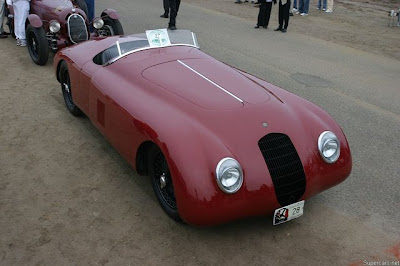 The FCM Char 2C was developed as a heavy breakthrough vehicle in WW1. The order called for a vehicle that would span all German trenches. Two prototypes were built in 1917 and a series of ten vehicles was begun in 1918. 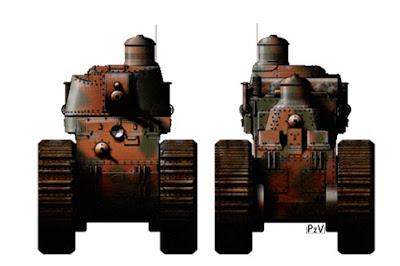 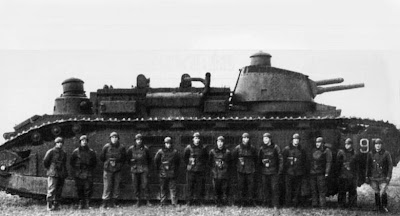 Originally, 300 tanks of this type were supposed to be built. 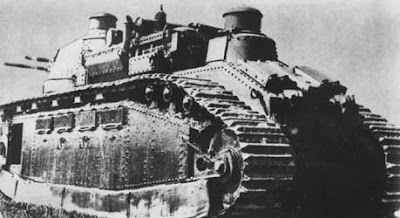 In 1940, numbers 92 & 95 were out of service and were scuttled on 12 June. The remaining eight tanks, assigned to the 51st French Tank Battalion, were immobilized or destroyed while being transported, on their special railroad cars, to the front on 15 June by the German air force. six of these tanks were ready for service with the 51st French Tank Battalion, and were sent to the front. 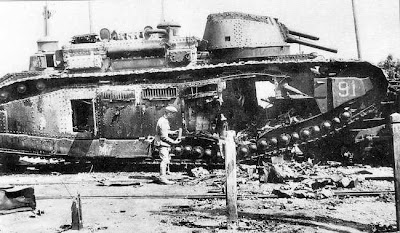 But the tanks, loaded onto special railroad cars, were attacked by the German Luftwaffe and disabled or destroyed. 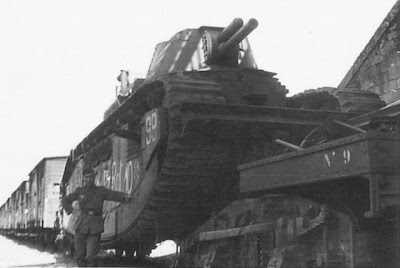 #99 was captured intact by the Germans and brought back to Berlin. In 1942 it was seen in France at the Renault plant being overhauled. Brought back to Germany, the tank was captured by the USSR and was last seen in 1948 in East Germany (other sources say it was destroyed in 1945 during the Battle of Berlin). 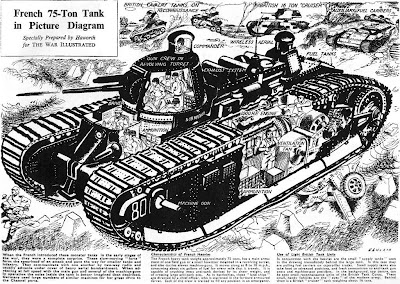 Source
Posted by Lord K at 2:03 AM No comments: 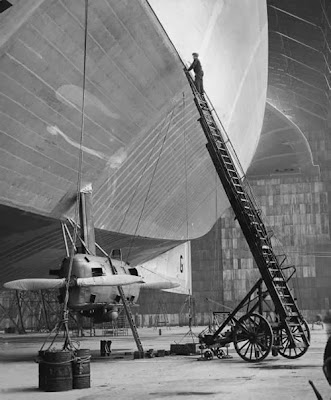 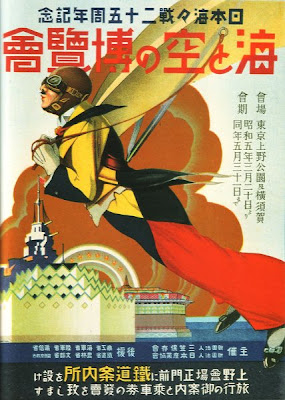 Photo by zio Paolino @ Flickr
Posted by Lord K at 12:37 PM No comments: 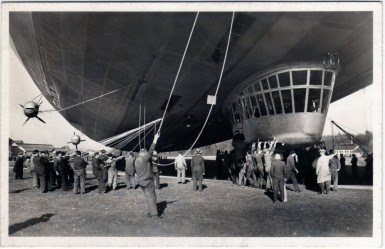 Over the next two weeks the ship made several additional test flights, performing well in all ways, and on March 23, 1936 Hindenburg carried passengers for the first time when she took approximately 80 reporters on the short flight from Friedrichshafen to Lowenthal.

Read full article @ Airships.net
Posted by Lord K at 10:23 AM No comments:

via t_igor @ Dieselpunks LJ Community
Posted by Lord K at 4:51 AM 2 comments: 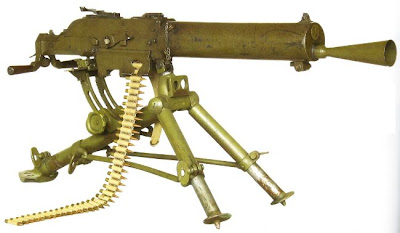