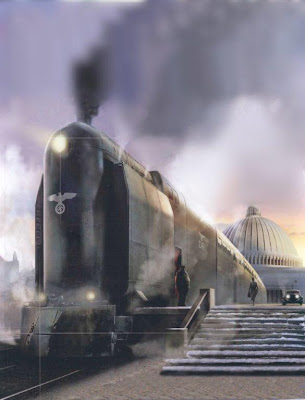 Developed in the late thirties from a British Army specification for a weapon between the then current 3 and 4.7 inch calibre Anti-Aircraft guns.
Research suggested that a 3.7-inch gun firing a shell of approximately 25lb weight could fill the gap. Thus, in 1933, a specification for a 3.7" gun weighing eight tons was issued. The gun had to be capable of being put into action in 15 minutes and of being towed at 25mph. 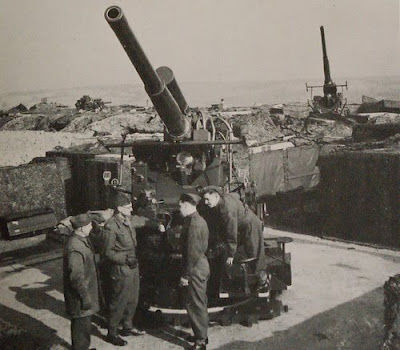 A design by Vickers-Armstrong was accepted and the pilot model passed proof in April 1936 with production being authorised a year later. The first production guns were delivered in January 1938. It was extremely advanced and complicated, yet regarded as one of the best of its type.
The first production model could fire a 28lb 94mm shell to 30,000 feet at a rate of 20 rounds per minute. It was crewed by seven men or, from 1941 onwards, increasingly by women when deployed for Home Defence. 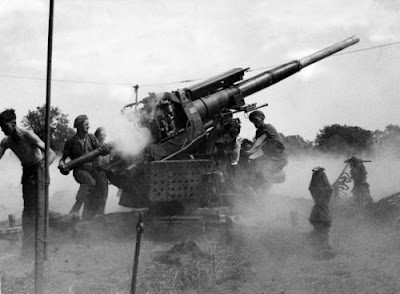 Production was initially slow, particularly due to its complicated carriage but modifications to the design to simply it for production helped and peak production was reached for guns in March 1942 (228) and for mountings June 1942 (195).
The guns were made in the United Kingdom until 1943 and then in Canada for the rest of the war. Unlike the Germans, who used their 88mm guns as both anti-aircraft and anti-tank, the QF 3.7 was too heavy to be used in mobile warfare and was damaged by low elevation firings. The last version, Mark VI, was only employed in static positions.

The airship USS Shenandoah was the first American built rigid airship. Although built in the United States, Shenandoah was based on the design of the German L-49, a World War I high altitude bomber which had been forced down intact in France in October, 1917 and carefully studied. 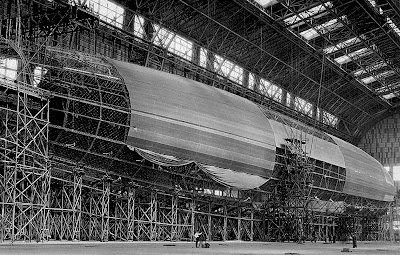 Construction of ZR-1 took place during 1922 and 1923; parts were fabricated at the Naval Aircraft Factory in Philadelphia, and the ship was assembled at the Lakehurst Naval Air Station in New Jersey. ZR-1 was 680.25 feet long, with a diameter of 79.7 feet, and could carry up to 2,115,174 cubic feet of lifting gas in 20 gas cells. As originally built the ship carried six Packard 6-cylinder engines — five mounted in individual power cars attached to the hull, and one mounted at the rear of the control gondola — but the sixth engine was removed in 1924. 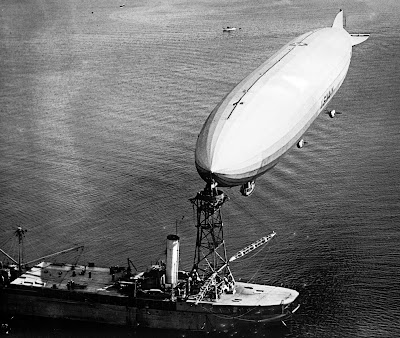 ZR-1 made a series of test and demonstration flights in September and early October, 1923 — including an appearance at the National Air Races in St. Louis and flights over New York and Washington — and on October 10, 1923, the ship was christened USS Shenandoah (an American Indian term meaning “daughter of the stars”) and officially accepted as a commissioned vessel of the United States Navy. 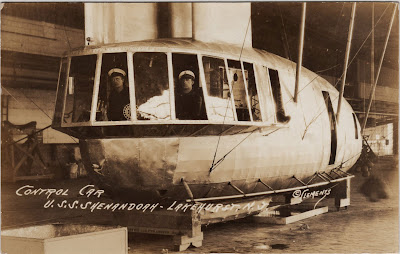 On September 3, 1925, on its 57th flight, Shenandoah was caught in a storm over Ohio. Updrafts caused the ship to rise rapidly, at a rate eventually exceeding 1,000 feet per minute, until the ship reached an altitude over 6,000 feet. Shenandoah rose, fell, and was twisted by the storm, and the ship finally suffered catastrophic structural failure, breaking in two at frame 125, approximately 220 feet from the bow. The aft section sank rapidly, breaking up further, with two of the engine cars breaking away and falling to the ground, killing their mechanics. In all, fourteen members of the crew were killed in the crash. 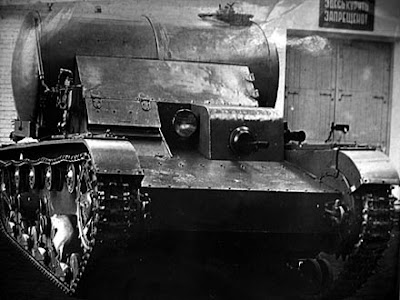 via Vintage Poster
Posted by Lord K at 1:04 AM No comments: 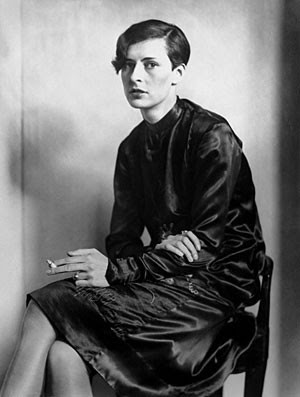 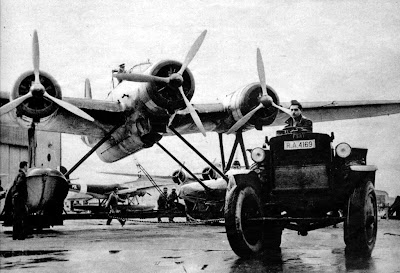 Source/specs: flugzeuginfo.net
Posted by Lord K at 12:48 PM No comments: 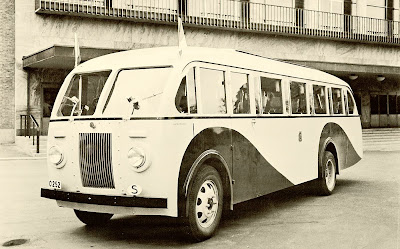 Source
Posted by Lord K at 2:33 PM No comments: 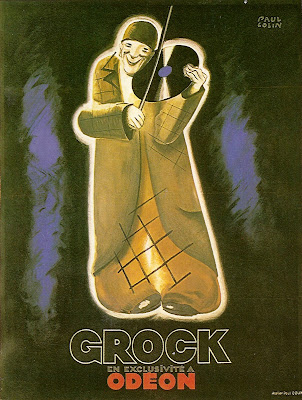 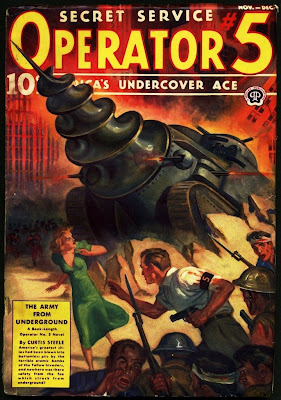 via Golden Age Comic Book Stories
Posted by Lord K at 8:32 AM 2 comments:

Email ThisBlogThis!Share to TwitterShare to FacebookShare to Pinterest
Labels: art, US, weapons

Can you imagine association between two different entities, as different as 1920s and Liquid cooling? Actually to get you started, you should! 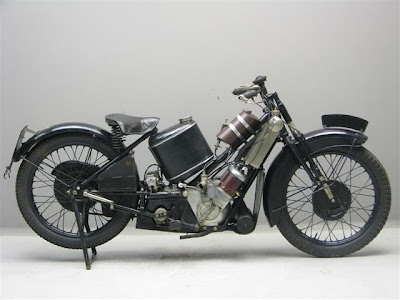 Yes, a liquid cooled motorcycle that was there in 1920s. What you are looking here at is the Scott Super Squirrel. For starters, the Scott Super Squirrel, made in UK, has a 596cc liquid cooled two-stroke vertical twin engine. Transmission is via a two-speed foot shifter. Just for the above facts, it is a pretty impressive motorcycling legend by itself. This was one of the most technologically advanced machines of its day in 1924 when it had liquid cooling, telescopic forks and a 2 stroke motor where as almost all other motorcycles relied on heavy air-cooled four-stroke engines and solid forks. 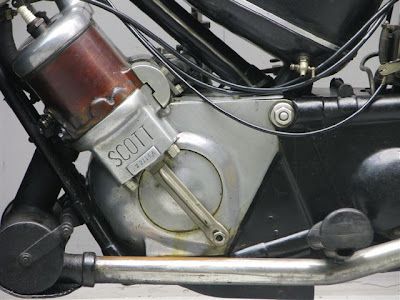 Amazingly, the Super Squirrel 600cc weighed only 118 kgs and if you associate Ferraris with Ducatis, many critics associate the Scotts with none other than the Bugatti mainly for it being a lively performer. You know, the bike didn’t have a gearbox, what it did was have two primary chain drives which are activated in turn by separate steel drum clutches with a pedal activating the gear, back for low and forward for high and of course, it did have a neutral in between. Can you beat that? Also, it had an open flywheel in between two main bearings with the ends overhanging in two separate crank cases. It is said that the Scotts were among the best in handling and braking. Starting the bike was atypical 2 stroke thing with the choke and a few kicks and that bought out the ‘yowling’ sound of the 2 stroker unlike the ‘growling’ sound you find in most 2 strokers. Even without a clutch, accelerating (as mentioned by those lucky few who got to ride the dream machine) was smooth and you could jolly well keep on cruishing between 60-80 mph. (100 – 130kmph). Funny thing is that with all those advancements, it had an Acetylene headlamp and tail lamp.

Education for the Army 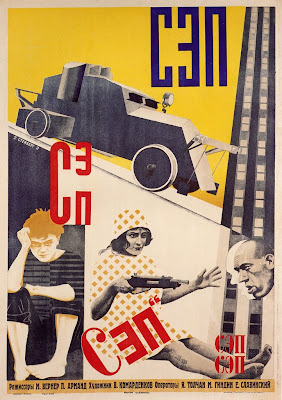 via paul.malon @Flickr
Posted by Lord K at 3:46 AM No comments: 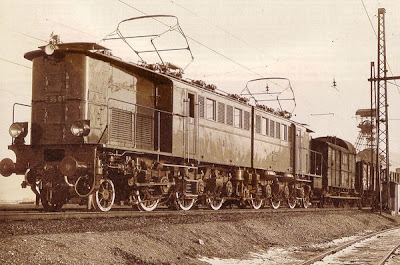 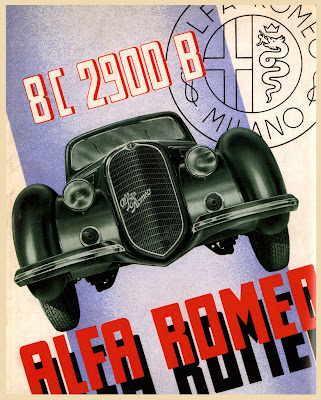 via paul.malon @ Flickr
Posted by Lord K at 4:53 AM No comments: 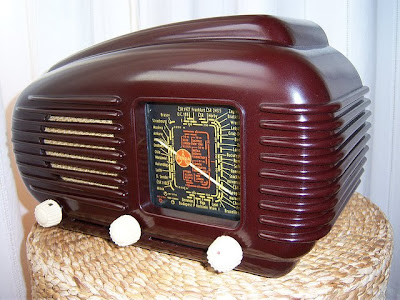 via ANTIQUE RADIO TUBE @ Flickr
Posted by Lord K at 3:20 AM 6 comments: 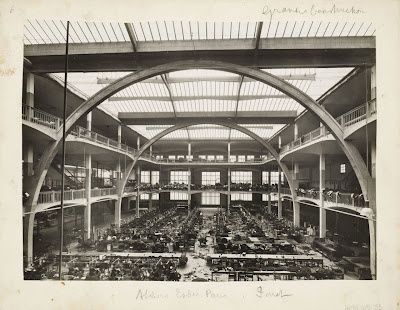 The architect, Auguste Perret, argued that the skeleton of a building is functional just as animal's skeleton, "housing" very different organs. According to Perret, a proper building consists of a structural frame (ossature) and infillments. Ornament as decoration is not permitted, the function of ornament is taken over by the structural elements.
Posted by Lord K at 3:53 AM No comments:

George Bennie, an engineer and inventor, first announced his plans for a revolutionary new form of transport in 1921. Bennie had a test line for his Railplane system constructed during the next nine years over a quarter mile of railway sidings at Milngavie near Glasgow. 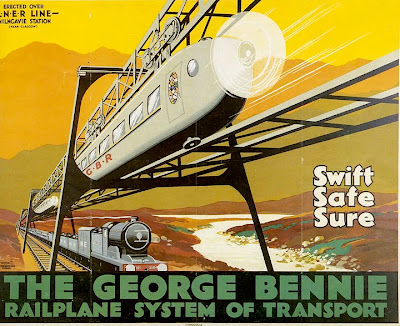 The Railplane was a form of monorail with a carriage held on an overhead track, which itself was suspended on a framework of steel girders, by front and rear grooved wheels. The carriage was driven by fore and aft aircraft propellers, powered by either a live electric rail or petrol engines, and braked by a system acting on the overhead wheels and by rotating the rear propeller in a different direction from the front one. A rigid rail under the carriage prevented swaying.
The white carriage was a streamlined cigar shape, to offer minimum air resistance, with "wonderfully appointed" and plushly fitted interiors, incorporating thick carpets, table lamps and curtained windows. A tiny elevated station platform gave access to the carriage that was fitted with sliding doors.
The Railplane was officially opened on the 8th July 1930 when the Press and invited guests were taken for rides on the test line. One commentator noted that "the Railplane operated with perfect smoothness and passengers only knew the car was moving by gazing out of the window at the passing landscape. There was no bumping over rails, smoke or whistle shrieking. A ride in the coach is sheer delight."
The Railplane attracted many visitors and transport engineers from many parts of the world. It seems that most were generally impressed by its potential as a means of safe and rapid transport. It was hailed as a "wonderful product of British Brains" and proposals for a Railplane line between Edinburgh and Glasgow were suggested.
George Bennie was never able to find financial backing for further development of the system. He had invested large amounts of his own money in the construction of the test track and was eventually declared bankrupt in 1937. The track was demolished in 1941 to assist in the wartime scrap metal campaign and Bennie died in obscurity in 1954. The Railplane, which lay rusting in a field at Milngavie, was sold for scrap in the 1960s. A model and short film showing the Railplane survive in the Glasgow Transport Museum. 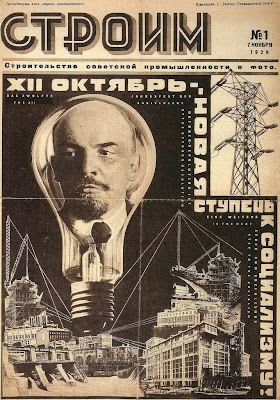 A cover of the Stroim (We Are Constructing) magazine
Lenin, the symbol of electrification, is presented inside a bulb
1929

via Vintage Poster
Posted by Lord K at 6:57 AM 4 comments:

SS America was an ocean liner built in 1940 for the United States Lines and designed by the noted naval architect William Francis Gibbs. 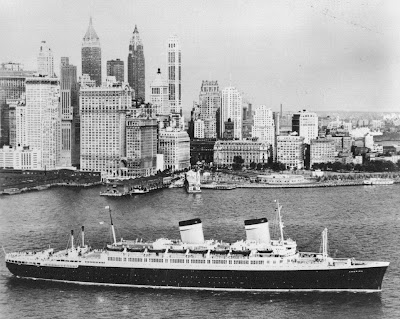 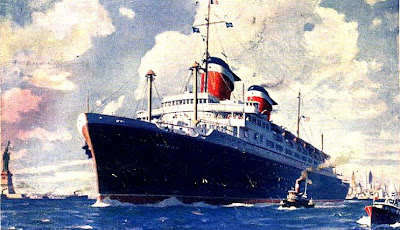 In 1941, she carried two Nazi spies from the Duquesne Spy Ring in her crew: Erwin Wilhelm Siegler and Franz Joseph Stigler. Both men were charged by the FBI with espionage and sentenced to 10 years and 16 years' imprisonment, respectively. 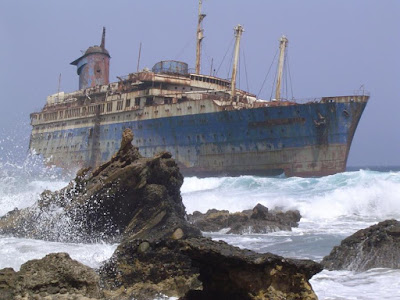 Email ThisBlogThis!Share to TwitterShare to FacebookShare to Pinterest
Labels: liners, US

via p_d_m @ Dieselpunk LJ Community
Posted by Lord K at 9:32 AM No comments: 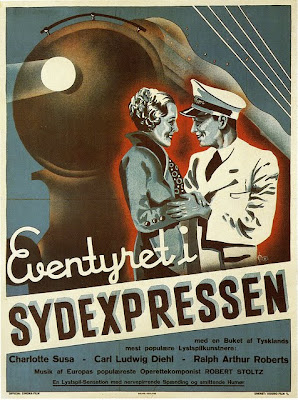 via paul.malon @ Flickr
Posted by Lord K at 3:42 AM No comments: 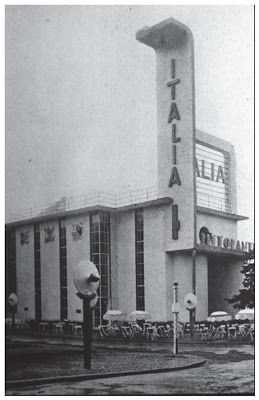 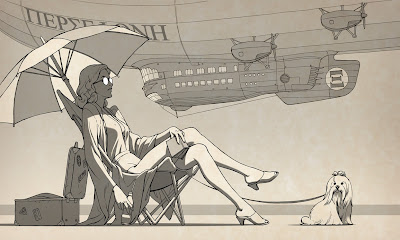 via Dieselpunks community @ LJ
Posted by Lord K at 2:16 AM 1 comment: 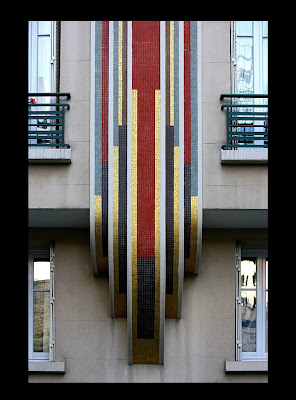 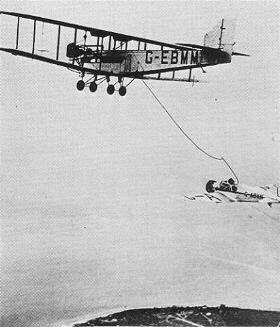 Century of Flight
Posted by Lord K at 3:21 AM 2 comments: