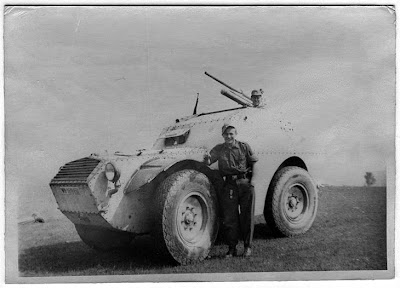 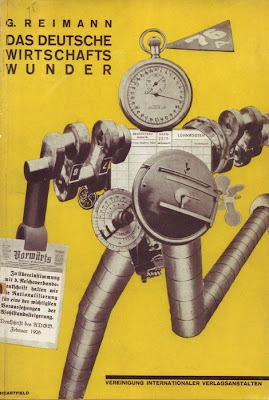 Book cover by John Heartfield
Posted by Lord K at 2:45 AM 2 comments: 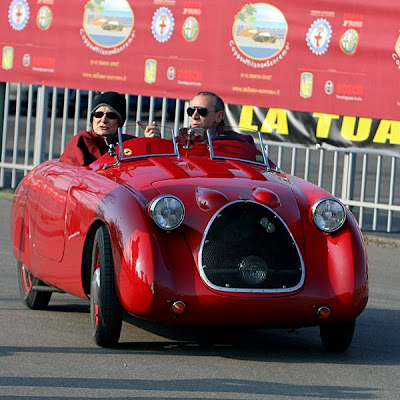 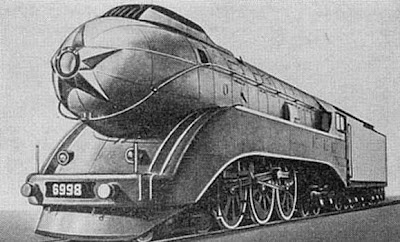 This particular locomotive has become an icon (although not an official symbol) of the Soviet Railways for at least two decades. Not bad for a unique, rarely seen item!
Posted by Lord K at 8:39 PM No comments: 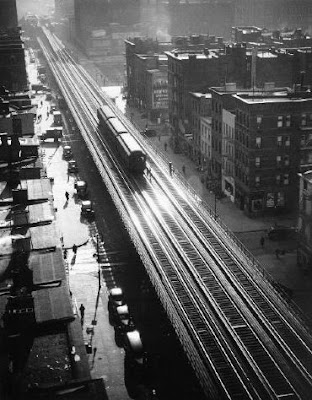 Fasces on the Wall

Pontinia (about 70 km from Rome) is one of the new towns founded (and/or extensively developed) in the Latina province.
Its public buildings stand as a silent reminder of Mussolini's rule.
Posted by Lord K at 1:52 AM No comments: 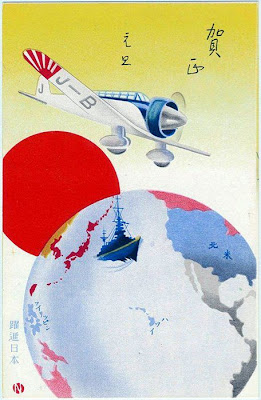 A Mitsubishi Ki-15 prototype,
called Kamikaze-go (Divine Wind), became famous as the first Japanese aircraft to fly from Japan to Europe.
The Tokyo - London flight, sponsored by the Asahi Simbun newspaper, started on April 6, 1937. In April 12 the plane landed at London's Croydon airport. The total elapsed time since departure was 94 hours, 17 minutes and 56 seconds, with actual flight time for the whole distance of 15,357 km of was 51 hours, 19 minutes and 23 seconds.
Thanks to pinktentacle we can enjoy the greeting cards printed in Japan to honor the historic flight.

Cards
Aircraft info (Wiki, EN)
Posted by Lord K at 7:51 AM No comments: 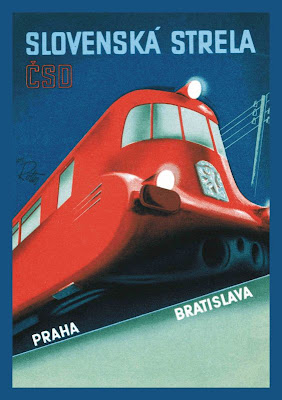 
Only two units were manufactured for the Czechoslovak railways (ČSD). Called Slovenská strela (Slovak Arrow), in the 1930s they were used for the fast connection between Prague and Bratislava, covering the distance in 4 hours and 28 minutes with a maximum speed of 130 km/h (regular timetable was scheduled for slightly slower average speed).
They were taken out of service when World War II started in 1939. Afterwards, they were only deployed in local connections.
Posted by Lord K at 1:09 AM No comments: 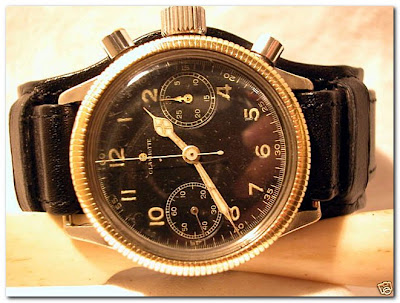 In 1941, Uhrenfabrik AG Glashutte started to produce a Flieger Chronograph for the Luftwaffe - a rugged high-precision timepiece with luminous numbers and hands.
A 15-ligne, 21-jewel Cal. 59 manual winding movement with flyback feature was the heart of this time machine: 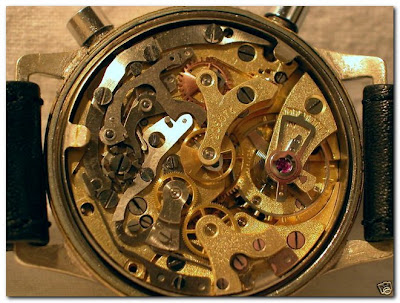 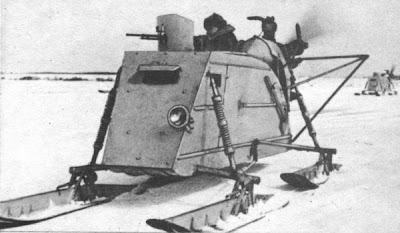 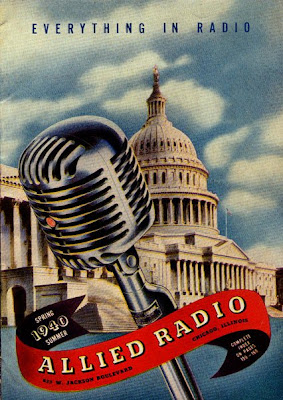 Email ThisBlogThis!Share to TwitterShare to FacebookShare to Pinterest
Labels: art, communications, US 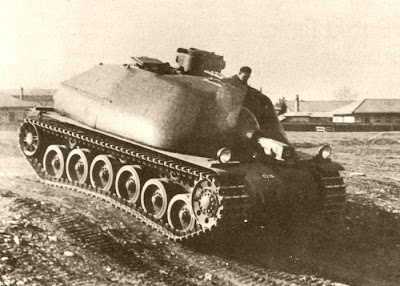 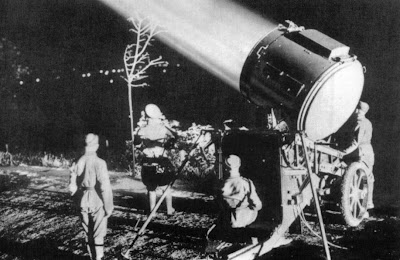 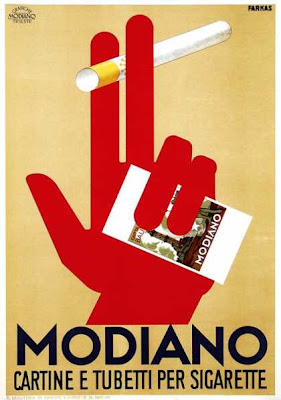 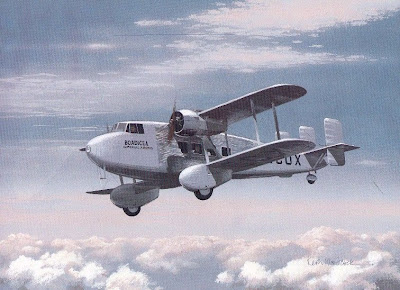 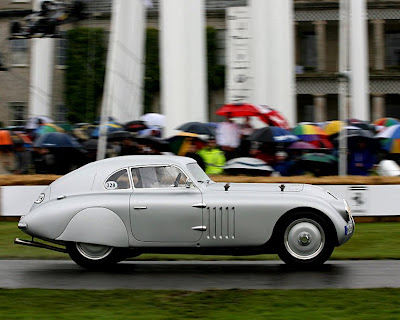 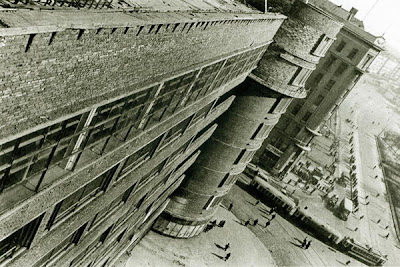 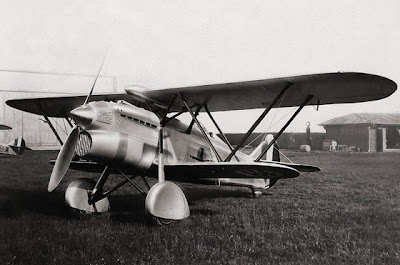 Designed by Celestino Rosatelli
Derived from earlier Fiat CR.30 designs, the CR.32 was a more streamlined and smaller biplane fighter. The prototype MM.201 first flew the 28 April 1933 from the Fiat company airstrip at Turin.
The Regia Aeronautica CR.32s fought in North and East Africa, in Albania and in the Mediterranean theatre. It also saw service in the air forces of China, Austria, Hungary, Paraguay and Venezuela. Used extensively in Spanish Civil War, it gained a reputation as one of the outstanding fighter biplanes of all time. But then it was overtaken by more advanced monoplane designs and was obsolete by 1939. From the Spanish Air Force it finally retired only in 1954.
Posted by Lord K at 1:27 AM 2 comments:

Return of the Trolleybus 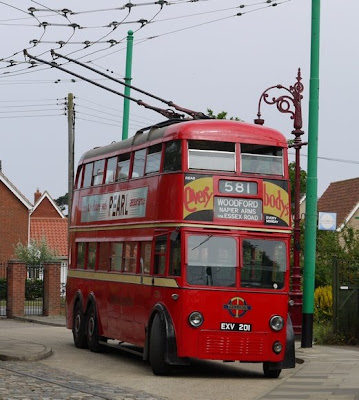 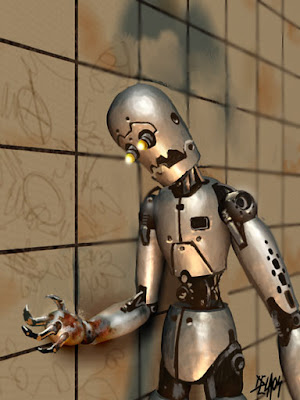 by Goran Delic
Posted by Lord K at 2:58 PM No comments:

Known as 'destroyer leaders' or 'flotilla leaders' in other navies, French 'counter-torpedoboats' were the largest and most powerful of the interwar heavy destroyers. The Tigre, commissioned in 1926, had five 5.1" guns and 55000-SHP turbines on 2126-ton displacement. 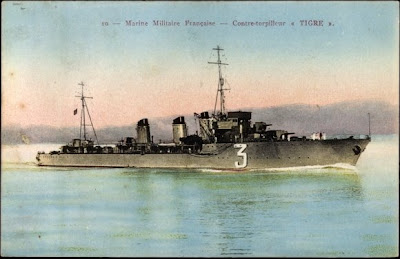 She was scuttled in Toulon in 1942, raised by the Germans, taken over by the Italians and later returned to France. The Tigre fought with the Allies and has a distinction of being the only ship of her 6-unit class to survive the war. She was decommissioned in 1954.
Posted by Lord K at 12:27 PM No comments: 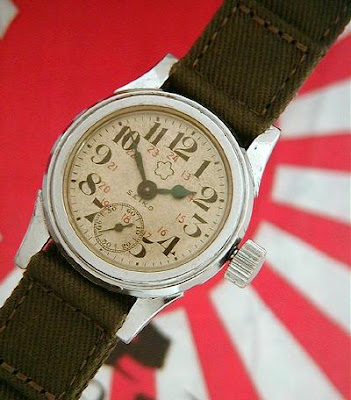 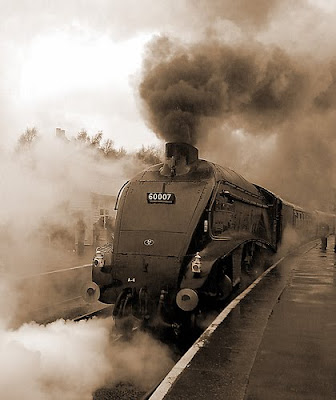 A4 Class number 4498 steam locomotive
Named after Sir Herbert Nigel Gresley (1876–1941), one of Britain's most famous steam locomotive engineers, who rose to become Chief Mechanical Engineer of the London and North Eastern Railway (LNER).
The locomotive is now preserved at the North Yorkshire Moors Railway, and is in daily operation, following a 10 year overhaul to working order. It is owned by Sir Nigel Gresley Locomotive Preservation Trust Ltd. and operated by the A4 Locomotive Society Ltd. on behalf of the Trust.
By Brian the Emphonium @ Flickr
Posted by Lord K at 9:34 AM No comments: 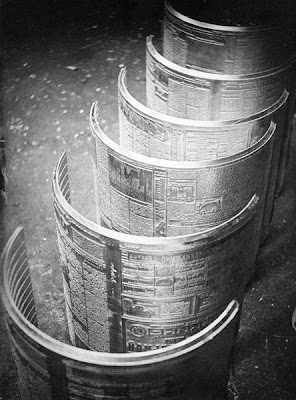 From The Newspaper series
by Alexander Rodchenko
1928
Posted by Lord K at 10:01 AM No comments:

Böhmerland or Čechie was a motorcycle produced in Czechoslovakia from 1924 until WWII, notable for the having the motorcycle with longest ever wheelbase, 10.5 feet (3.2 m) in one version.
Böhmerland was also the first to produce solid cast wheels, of iron 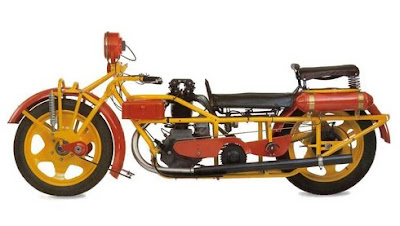 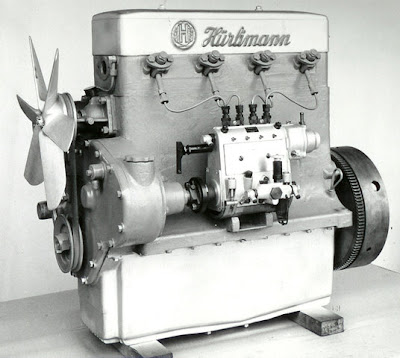 via lnago @ Dieselpunk LJ community
Posted by Lord K at 11:25 AM No comments: 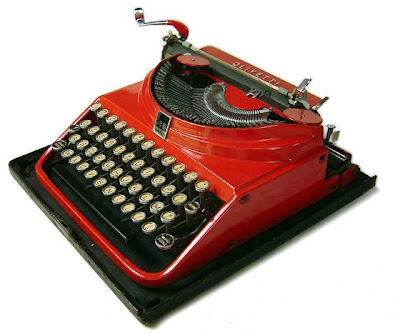 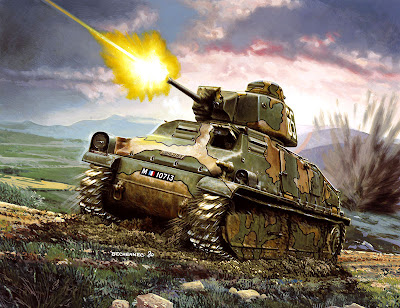 by Daniel Bechennec
Posted by Lord K at 1:39 AM 2 comments: