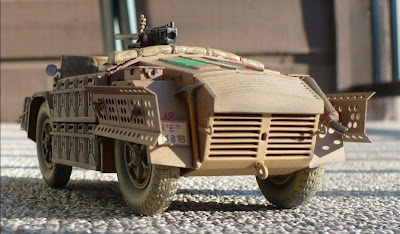 Camionetta Desertica SPA-Viberti AS.42, this vehicle, specifically designed to operate in the desert, was a four wheels drive car entered in service with Saharan units in November 1942. It was built on the same chassis of the AB.40/41 armoured car but it was not armoured. It was powered with a 100HP gasoline engine and reached a maximum speed of 85 Km/h. This easily recognizable vehicle, had racks on the sides to carry 24 jerrycans (most fuel) and a spare tire on the front hood. It could carry a crew of six and different kind of weapons like the 20mm Breda cannon, the 47/32 Anti-tank cannon, the 20mm Anti-tank Soloturn rifle and up to three Breda mod. 37 machineguns. The AS.42 was 1,49 meter high, 5,20 meters long and 1,80 meters wide. 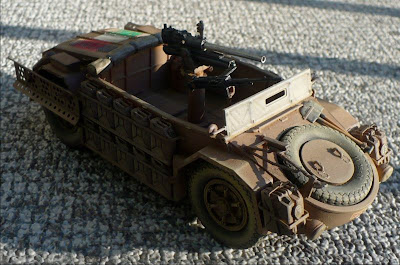