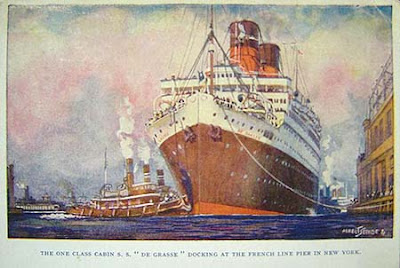 SS De Grasse, laid down as Suffren, was an 18,000-ton ocean liner built in 1920-1924 by Cammell Laird, Birkenhead, United Kingdom for the French Compagnie Generale Transatlantique, and launched in February 1924. 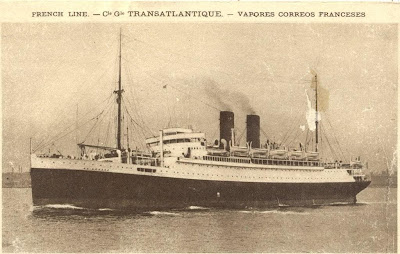 She operated on the CGT Havre-New York service until 1940, when seized by the Germans. 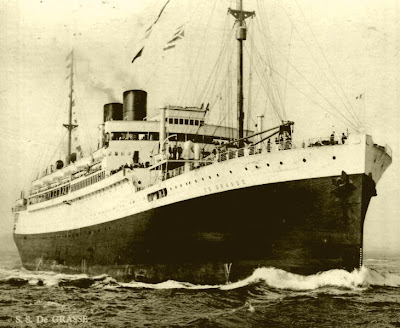 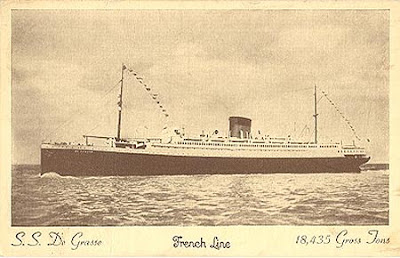 She was refitted for Canadian Pacific Steamships in 1953, then renamed in that same year as the Empress of Australia.
She was sold in 1956 to Sicula Oceanica; and after refit, the ship was renamed Venezuela.
The ship was wrecked off Cannes on 16 March 1962; and she was broken up at La Spezia in August the same year. 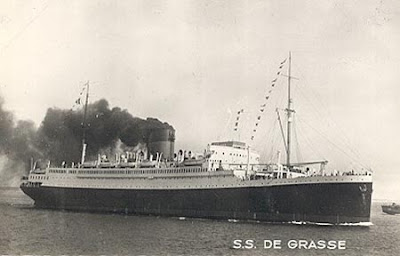