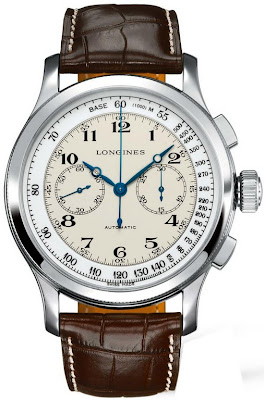 Another 'Lindbergh Watch' from Longines - not a re-creation of Charles Lindbergh's cushion-shaped timepiece that accompanied him on the 1927 Trans-Atlantic flight but rather a modification of the 1934 aviator's watch, developed with the help of this famous aviator.

Additional photos and useful info @ Watch Happening
Posted by Lord K at 6:58 AM No comments:

Aviation art at its best
Artist's blog is highly recommended

© Romain Hugault
Posted by Lord K at 1:14 AM No comments: 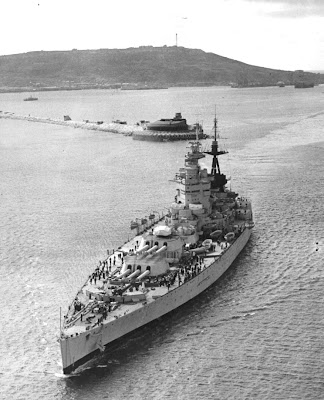 With all-forward main caliber, she and her sister HMS Rodney were the most unusual battleships of their time.
The glorious pair bears not a co-incidental resemblance to the megalomaniac post-Jutland concepts. Their design is more realistic and budget-minded. Anyway, these ships were huge (33,950 t standard displacement, 710 ft long), well-armed ( 9 x 16" in triple turrets, 12 x 6" plus a vast battery of AA guns) and very well protected.
Commissioned in 1927, both fought in the WWII and survived - just to be scrapped in 1949.

Photo: Maritimequest
Posted by Lord K at 3:39 PM No comments: 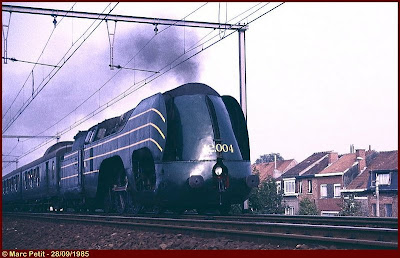 Photo by Marc Petit @ Flickr
Posted by Lord K at 11:42 PM No comments:

A study for Prudential Building at Napoleon Square
Warsaw, Poland
Designed by Marcin Weinfeld, Stefan Bryła, Wenczesław Poniż for an insurance company, it was 66 m tall. Construction started in 1931 and was completed in 1934. Since 1937 there was a TV transmitter mast on the roof. Severely damaged in 1944, Prudential was rebuilt after the war.
Now it houses Hotel Warszawa. 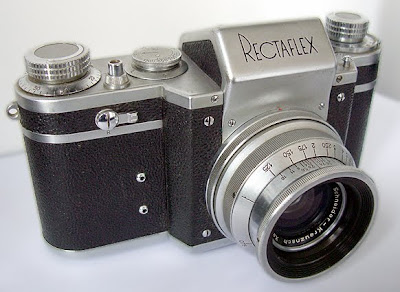 Rectaflex camera
Together with the German Contax S, one of the first SLRs equipped with pentaprism.
Introduced in 1949
Late 25000 series version (so-called Rectaflex 1300) is shown 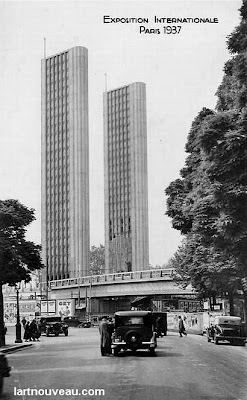 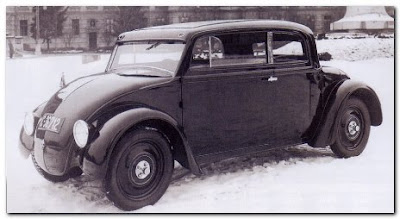 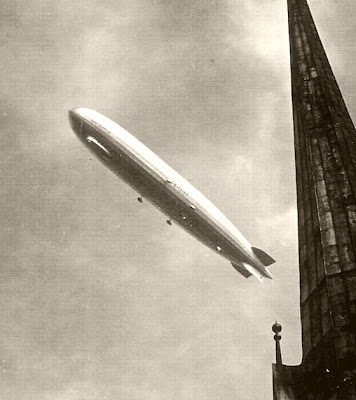 Photo by Walter Burkhard
Source
Posted by Lord K at 3:33 AM No comments: 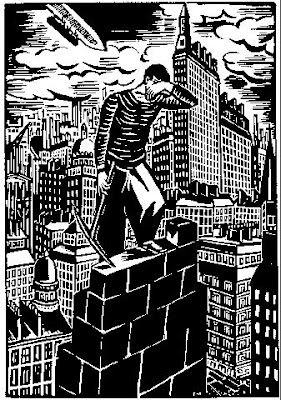 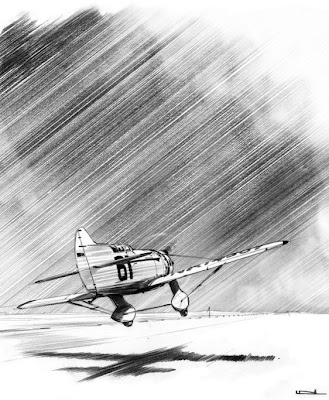 By The Speed Merchant. All rights reserved
Posted by Lord K at 1:15 AM No comments:

Email ThisBlogThis!Share to TwitterShare to FacebookShare to Pinterest
Labels: aircraft, art, US 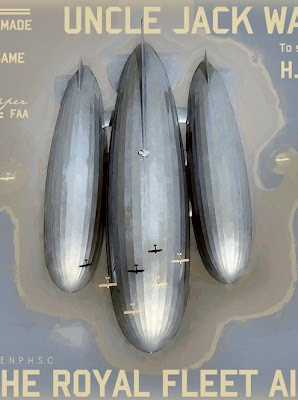 Browse author's gallery
Full version + another posters @ my LJ
Posted by Lord K at 9:12 AM No comments: 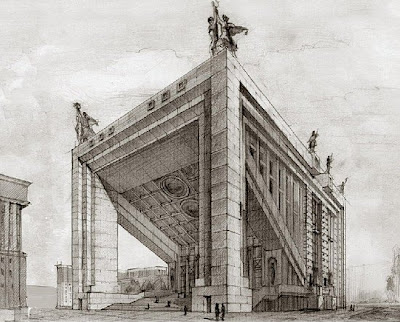 Young Russian architects present their new website.
Projects, objects and sketches reviving the positivist spirit of the Soviet art.
The group is named after Boris Iofan, a prominent Soviet architect. Among his works are several studies for the Palace of Soviets, majestic Government house in Moscow and striking USSR Pavillion at the 1937 Paris World Fair.
Presentation @ Dieselpunks.org
Website
Posted by Lord K at 3:03 PM No comments: 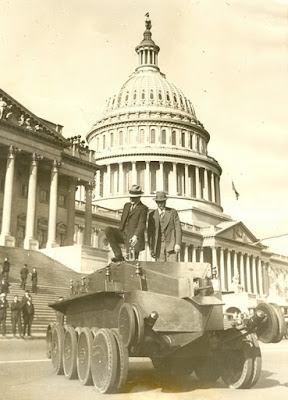 Dutch cruiser De Ruyter
Laid down: 1933. Launched: 1935. Commissioned: 1936
Seven 150-mm guns on a 6442-ton displacement
Crew: 435
In the Battle of the Java Sea on 27 February 1942, De Ruyter was the flagship of the Dutch rear-admiral Karel Doorman, with his flag captain Eugène Lacomblé (who had previously served on board the ship as a lieutenant). Off the north coast off Java the ABDA fleet was surprised at night by a Japanese squadron consisting of the heavy cruisers Nachi and Haguro supported by 14 destroyers. De Ruyter was supposedly hit by a single Japanese Long Lance torpedo at about 23:30 and sank at 02:30 the next day with the loss of 345 men, including Admiral Doorman and Captain Lacomblé. Her wreck was found after the war and declared a war grave, with only the ship's bell (now in the Kloosterkerk in the Hague) being recovered.
Posted by Lord K at 1:04 PM No comments: 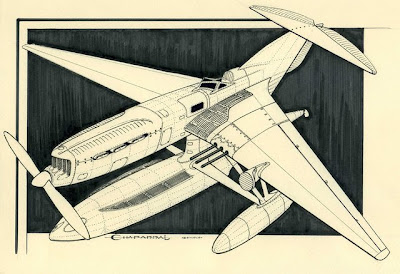 A pirate floatplane by lnago @ LJ

See more at Dieselpunks.org
Posted by Lord K at 10:46 PM No comments: 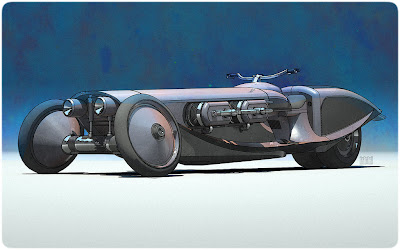 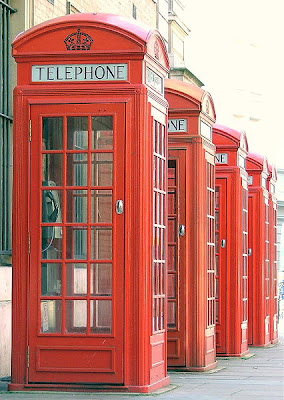 If someone around you will call them 'Victorian', don't you believe it!
Famous red boxes (officially: "telephone kiosks") were designed in the 1920s and 30s by the famous architect Sir Giles Gilbert Scott. He developed several designs, K6 is the most common.
Posted by Lord K at 10:55 AM No comments:

Source
Posted by Lord K at 2:31 PM No comments: 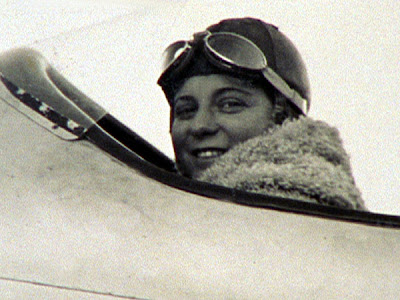 Elly Beinhorn, a German aviatrix, second woman to fly from Europe to Australia. She made her most famous flight in 1935 (Gleiwitz - Istanbul - Berlin, 3750 km in 13,5 hrs). Her favourite mount was Messerschmitt Bf 108 Taifun.
Posted by Lord K at 12:41 PM No comments: 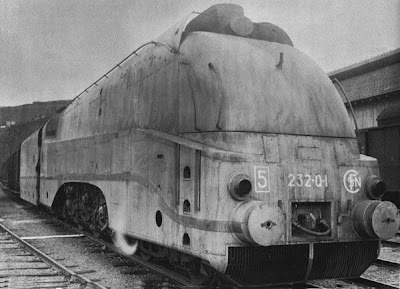 Source: skyrocket.de
Posted by Lord K at 1:47 PM No comments: