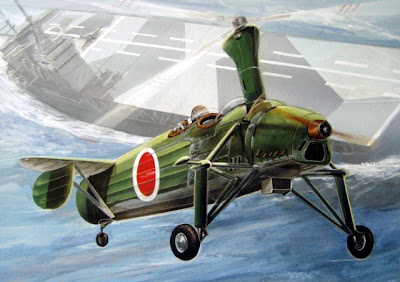 Source: Aviastar
Posted by Lord K at 10:29 AM No comments: 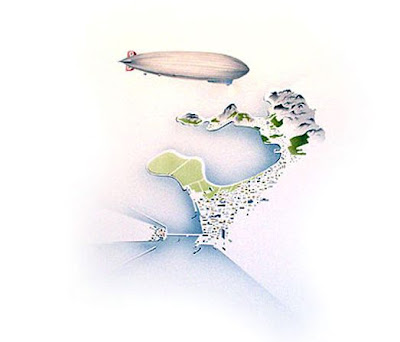 The walls of the LZ129 Hindenburg Writing Room were decorated with paintings by Otto Arpke depicting scenes from around the world. Here's one of them.
via Airships.net
Posted by Lord K at 1:49 PM No comments: 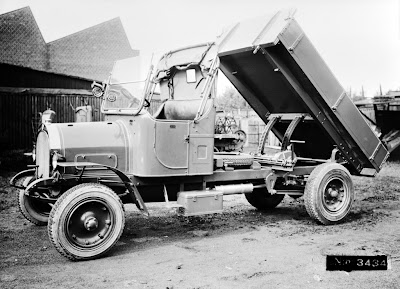 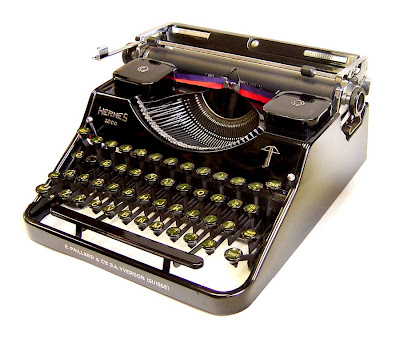 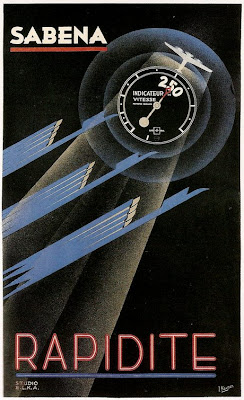 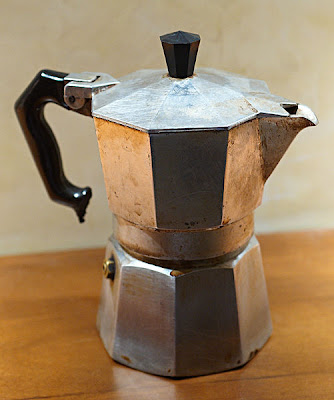 The moka pot, also known as a caffettiera or macchinetta ("small machine"), is a stove top espresso coffee maker, based on the principle of preparing coffee with steam pressurized water. First patented by Alfonso Bialetti in 1933, his company Bialetti continues to produce the same model known as the "Moka Express".

via Found in Mom's Basement
Posted by Lord K at 12:49 PM No comments:

The Blériot 125 (or Bl-125) was a highly unusual French airliner of the early 1930s. Displayed at the 1930 Salon de l'Aéronautique in Paris, it featured accommodation for twelve passengers in two separate fuselage pods. Between them, these pods shared a tailplane and a high wing. The centre section of wing, which joined the fuselage pods also carried a nacelle that contained an engine at either end and the crew compartment in the middle. When actually flown the following year, it displayed very poor flight characteristics and although attempts to improve it continued on into 1933, certification could not be achieved and the sole prototype was scrapped the following year. 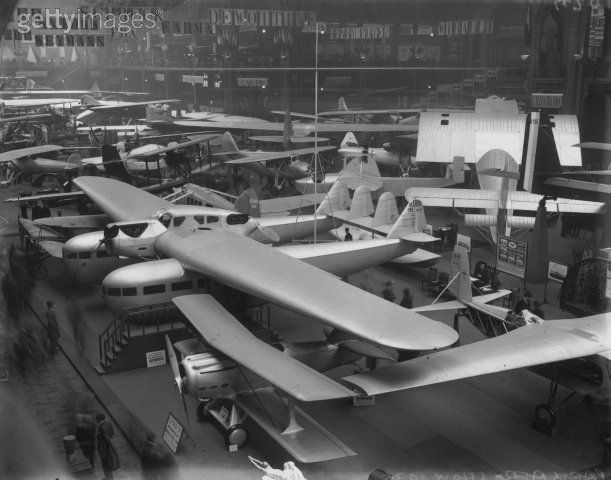 via jawaharlal @ Dieselpunk LJ Community
Posted by Lord K at 1:30 PM No comments:

A useful device in the Alpes
Posted by Lord K at 1:58 PM No comments: 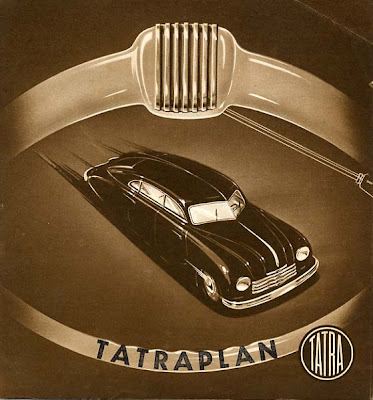 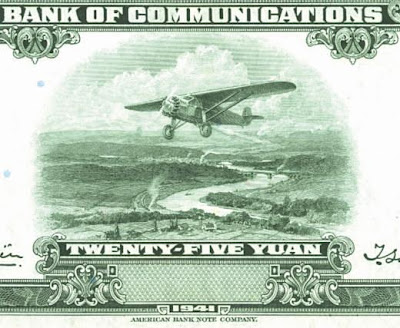 25 Yuan note issued by the Chinese Bank of Communications.
Below, we see not only an airplane (quite obsolete for the 1941), but also a zeppelin, a steam locomotive, a sea liner and some glorious piece of machinery. 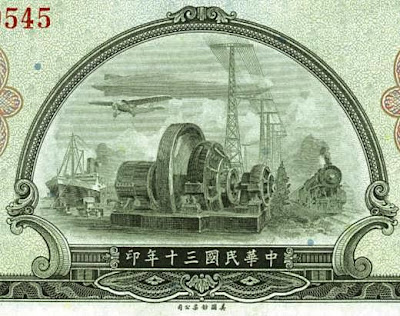 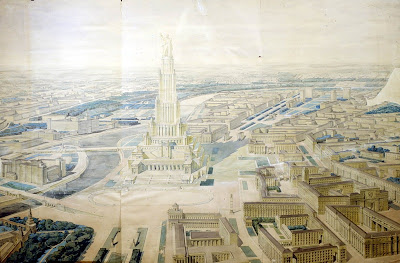 General Plan for Reconstruction of Moscow, 1935
Essay by Rolf Jenni

Image via a_pollaiolo @ LJ
Posted by Lord K at 2:30 PM No comments: 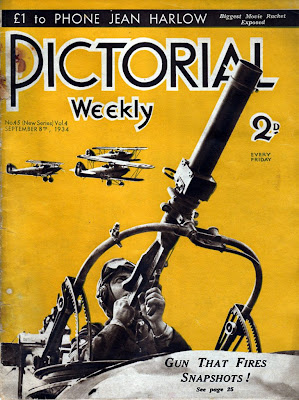 Gun camera
1934
Gun cameras are cameras used in military vehicles to help measure tactical effectiveness. These cameras are sometimes triggered by the firing of a weapon, hence the name.
The use of gun cameras first became common in World War II aircraft. Some of this footage survives to this day; it is often the source for stock footage in World War II shows and movies (Wiki).

Cover via Vintage Scans
Posted by Lord K at 12:58 PM No comments: 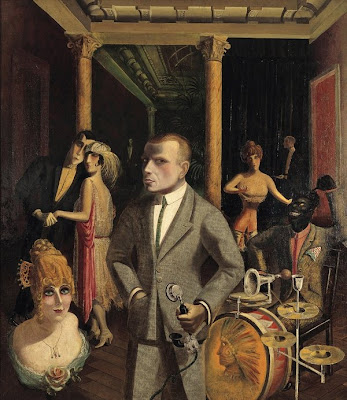 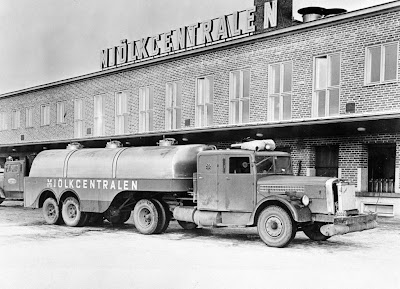 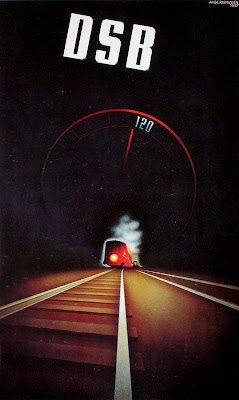 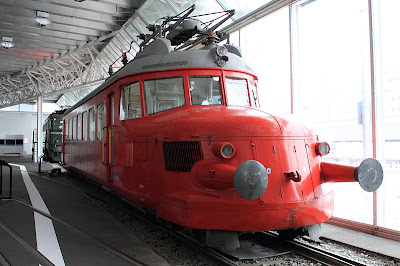 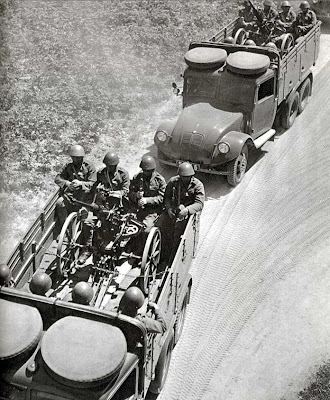 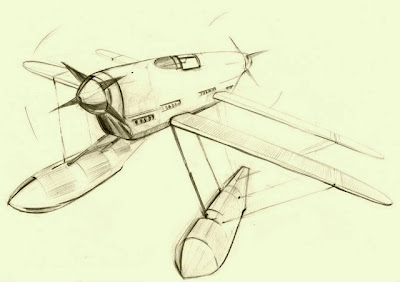 By vasillich @ Atlantic Republic
Posted by Lord K at 12:25 PM No comments: via Vintage Poster
Posted by Lord K at 12:34 PM No comments: Times Square Building, Rochester, NY
The building located at the corner of Broad and Exchange Streets was the headquarters of the Genesee Valley Trust Company. The building was completed in 1930, and ironically, the cornerstone for this large structure (designed by Voorhees, Gmelin, and Walker) was laid on October 29, 1929, the day of the stock market crash that started the Great Depression.
According to the Greater Rochester Visitors Association, the massive "Wings of Progress" atop of the Times Square Building was the work of architect Ralph T. Walker who is said to have conceived the design while walking on a beach in the 1920s. He found four seashells that suggested to him "a sense of flight.... a sense of upward lift," which he subsequently incorporated into his building.
Currently, the building houses a branch of Citizens Bank, in addition to other office space. It is considered one of the major landmarks of the Rochester Skyline. 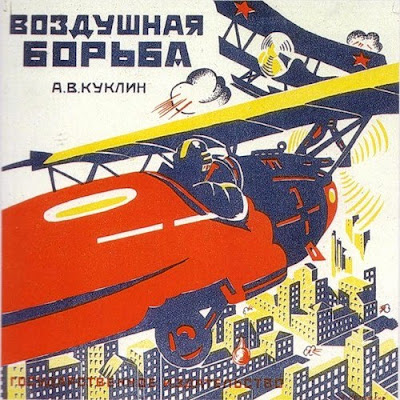 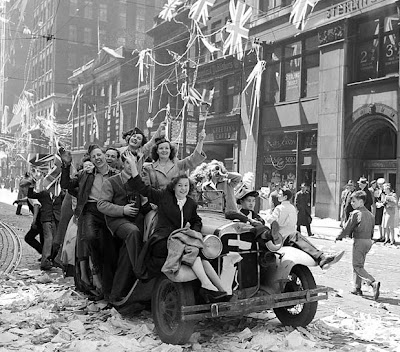 Source: Toronto City Archives
Posted by Lord K at 11:08 AM No comments: 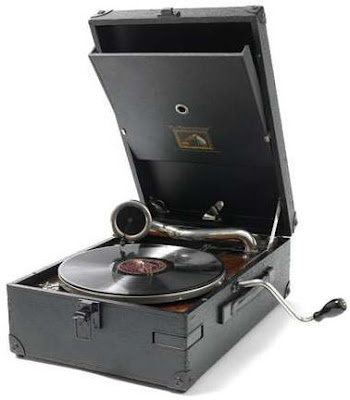 Opera Nazionale Balilla (ONB) was an Italian Fascist youth organization functioning, as an addition to school education, between 1926 and 1937. 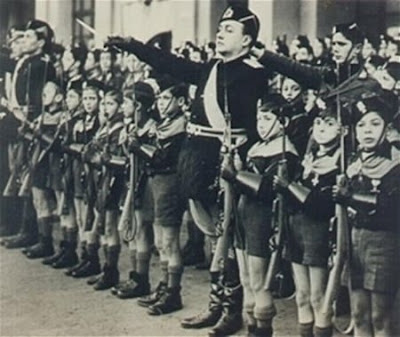 The ONB was created through Mussolini's decree of April 3 1926, and was led by Ricci for the following eleven years. It included children between the ages of 8 and 18, grouped as the Balilla and the Avanguardisti. Later, a section named Figli della Lupa ("Children of the She-Wolf", alluding to the myth of Romulus and Remus; ages 6 to 8) was added.
The organization surpassed its purpose as a cultural institution that was intended to serve as the ideological counterpart of school, and served as a paramilitary group (training for future assignments in the Italian Army), as well as education. It carried out indoctrination with a message of Italian-ness and Fascism, training youths as "the fascists of tomorrow".
Male children enrolled wore a uniform adapted from that of the Blackshirts: the eponymous black shirt, the fez of Arditi tradition, grey-green trousers, black fasces emblems, and azure handkerchiefs (i.e.: in the national colour of Italy). During military exercises, they were armed with scaled-down version of Royal Italian Army service rifle, Moschetto Ballila.

The world’s first passenger airline, DELAG, the Deutsche Luftschiffahrts-Aktiengesellschaft (German Airship Transportation Corporation Ltd) was established in 1909 as an offshoot of the Zeppelin Company. 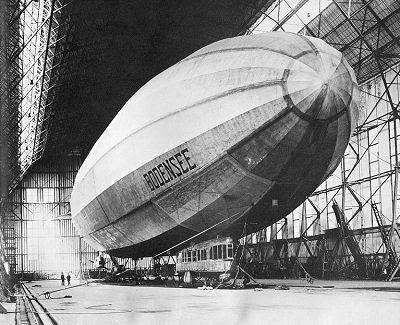 While most of the earliest flights were sightseeing tours, with little scheduled point-to-point service, in 1919 the airship LZ-120 Bodensee began scheduled service between Berlin and southern Germany. The flight from Berlin to Friedrichshafen took 4-9 hours, compared to 18-24 hours by rail. Before the Bodensee was taken by the Italians as war reparations under the Versailles Treaty, the airship made 103 flights and carried almost 2,500 passengers, 11,000 lbs of mail, and 6,600 lbs of cargo.
LZ-120’s shape provided less drag, increased speed, and greater aerodynamic lift, and became the basic model from which LZ-126 Los Angeles, LZ-127 Graf Zeppelin, and LZ-129 Hindenburg were adapted.
A relatively short, small ship, Bodensee carried 706,000 cubic feet of hydrogen (later increased to 796,300 during a refit). But with its revolutionary design, and four Maybach MB.IVa engines of 245 hp each, LZ-120 Bodensee could reach a speed of 82 MPH.
In July of 1921, LZ-120 was taken from DELAG by the Military Inter-Allied Commission of Control and given to Italy, where it was renamed Esperia.
Posted by Lord K at 1:34 PM 2 comments:

by Tadeusz Gronowski
Posted by Lord K at 9:45 PM No comments: 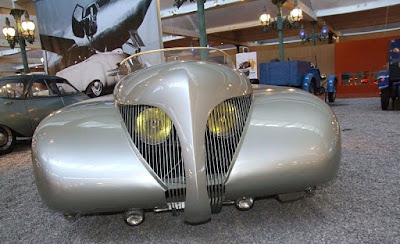 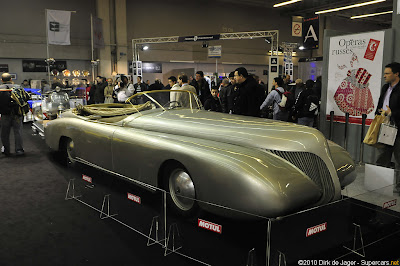 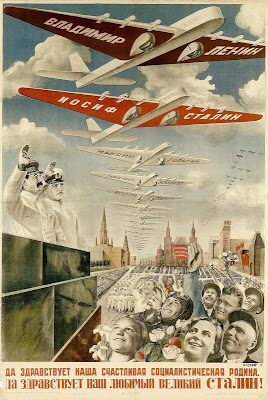 Great Pignouf of the Vintage Poster called this poster 'surrealistic'. I must add that it has a touch of macabre, too: three years later, the artist was arrested and died in detention.
Posted by Lord K at 1:34 AM No comments: