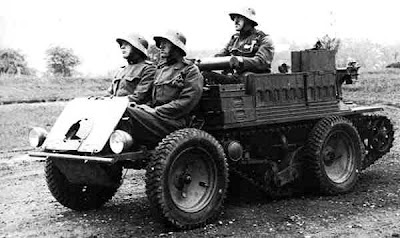 Produced in 1935, this Austrian wheel-cum-track tankette had the unique arrangement that was able to swing the front wheels upward via gear-driven arms. They then could be removed and put into brackets on the rear of the vehicle. 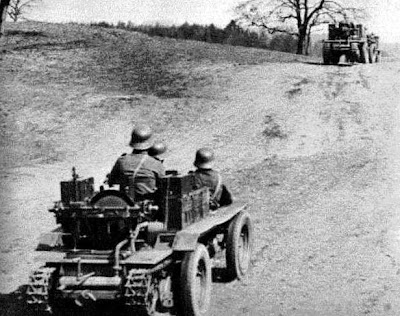 The rear wheels could also be removed by driving the tracks up on blocks. A strange feature was that the front arms acted as a framework for the driver's seat. 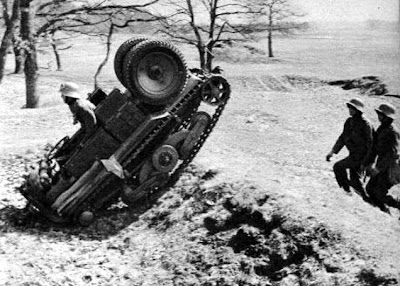 Powered by an air-cooled 20 h.p. Daimler engine, it was capable of speeds up to 10 mph on tracks and 27 mph on wheels. 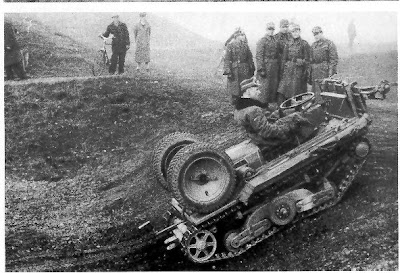 Info: Bob Arndt, Strangevehicles
Posted by Lord K at 11:11 AM