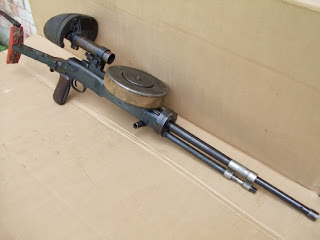 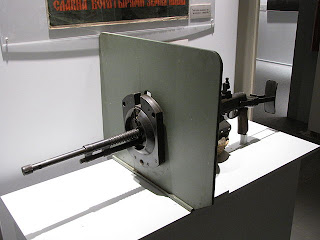 The DP was the first of a series of Degtyarev machine guns adopted by the Soviet Union. A tank version called DT (Degtyarev Tankovy) may still be found on older Soviet armored vehicles in use among Ex-Soviet allies and the third world countries. 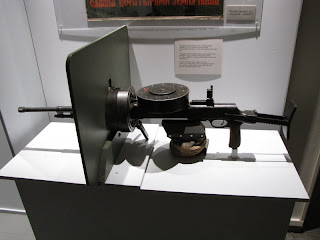 Photos 2 & 3: MKFI @ Wikimedia Commons
Photographed in the "Winter War - 70 years" exhibition in the Military Museum of Finland
Posted by Lord K at 1:46 AM